Dear Robert,
Forgive me for having taken so long to see your film and get back to you.
I think you are an excellent Darrow, and a very good actor besides.
You have the strength and conviction, and also the humanity, that Darrow had and which (I think) the play calls for.
It will be a pleasure to see you perform it in person some day.
Thanks for sending it to me.
All good wishes,
David W. Rintels

Our inaugural production is the one-man play "Clarence Darrow" by David W. Rintels,
based on the Irving Stone novel, "Clarence Darrow for the Defense."
in the McCoy theater at the Maui Arts and Cultural Center - Oct 21/22, 2016

Our encore presentation of the play was performed to sold out houses
at the ProArts Playhouse on Maui on January 13/14, 2018


In this one-man-show, Robert Angelo portrays the famous attorney Clarence Darrow,
as he reminisces about his long and legendary career, touching on many of his famous trials
including the "Monkey" trial and the sensational Leopold-Loeb case.
His private life and many legal events of his day are woven into the story
of a man who accepted unpopular cases and defended unpopular causes.
This champion of dissenters and underdogs was also a writer and lecturer.
He conjures up many famous people in his life and times with salty humor and courtroom gusto.
This is a seminal reflection of an American icon performed by an actor cut from the same cloth.

The one-man show made its Broadway premiere at the Helen Hayes Theatre in 1974,
directed by the great John Houseman and starring Henry Fonda.
It is forty three years later and I decided to tackle the play myself.
Although it is a challenging part, I have reasons for taking it on.
Also, the added challenge of never having performed a one-man show was very appealing to me.

The real Clarence Darrow was a unique and courageous man at the turn of the last century.
Darrow championed civil liberties and civil rights, while also fighting against conspiracy laws.
Since many of these same issues are hot topics today, Robert’s performance challenges theatergoers to think and learn.
Darrow was a lawyer who steadfastly accepted cases nobody else would take, fighting on behalf of the underdog and standing up for labor unions as well as being a staunch opponent of the death penalty during a career which spanned over 50 years. Through his dignity, intelligence and logic he often managed to convince judges and jurors to change their view,
shift their prejudice and opt for a humane punishment on behalf of those he defended.
I find Darrow's rich, sympathetic personality and fertile mind intriguing. I also feel the play is uplifting –
an examination of the best in all of us. This is especially significant when so many of the things we observe
and are confronted with in this world highlight the worst of humanity.

Darrow’s life has inspired several adaptations in films and plays, and he has been portrayed by a few of my favorite actors,
so I feel I am in good company; Henry Fonda, of course, played Darrow when the play debuted;
Orson Welles as Darrow in COMPULSION, a film based on the infamous Leopold and Loeb murder trial; Spencer Tracy,
with his brilliant performance in Stanley Kramer’s classic film, INHERIT THE WIND, and the gifted Kevin Spacey
in the film DARROW as well as performing Rintel's play at the Old Vic in London. 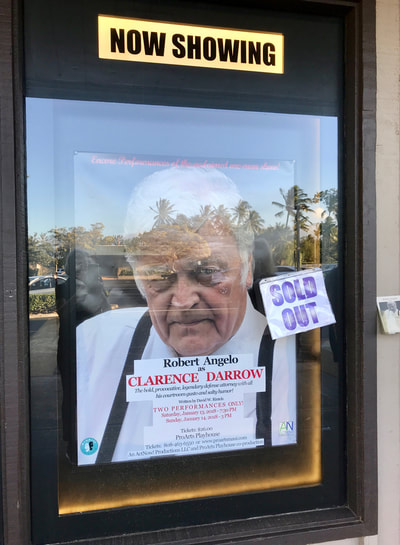 Window Poster with sold out sign at ProArts Playhouse January 14, 2018. 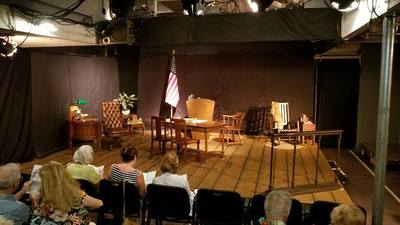 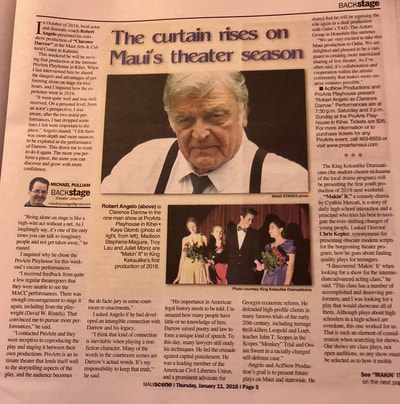 Interview with Michael Pulliam in Backstage portion of Maui Scene in the Maui News January 11, 2018. 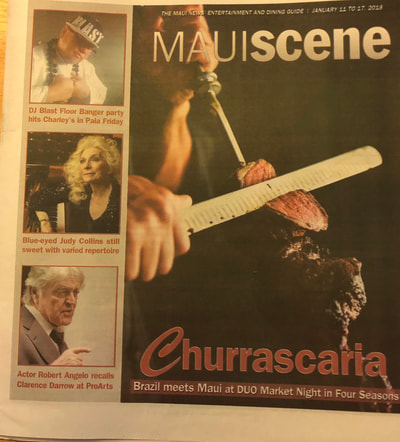 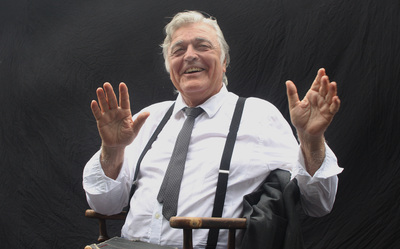 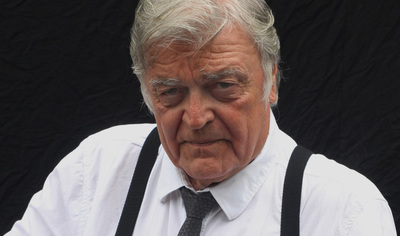 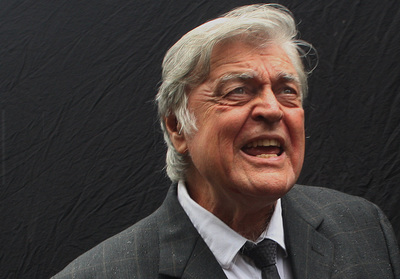 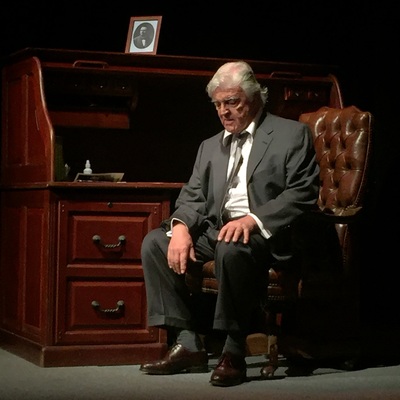 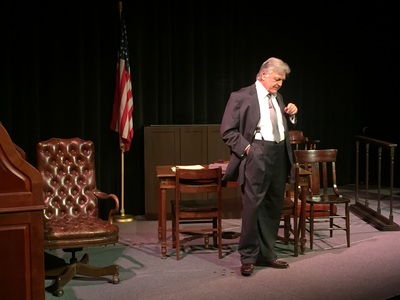 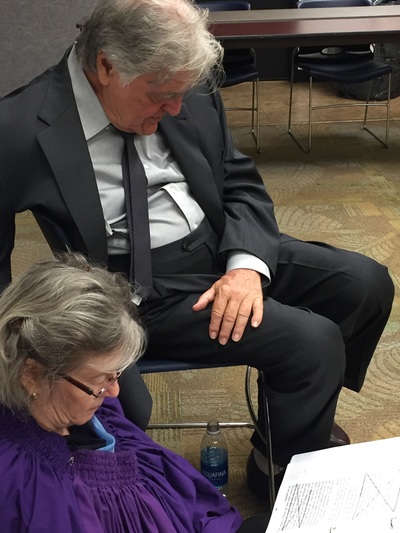 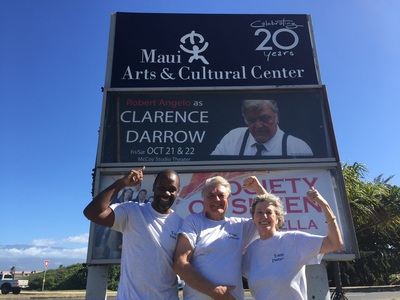 Team Darrow outside the MACC Billboard 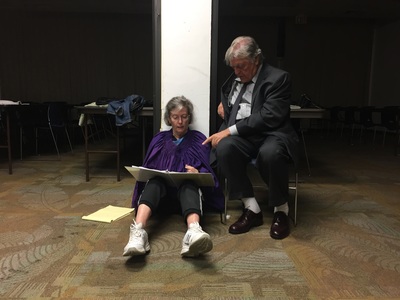 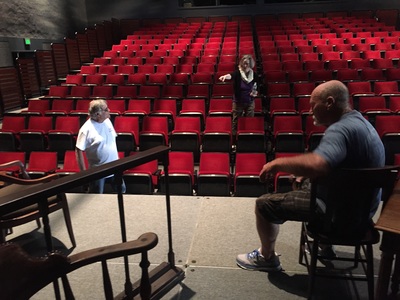 Creating the set with Carol and Ray Fite 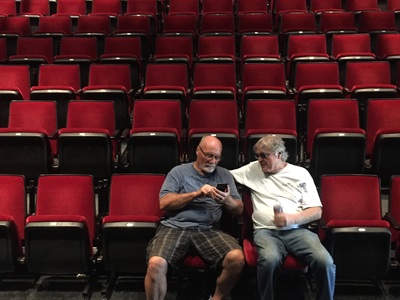 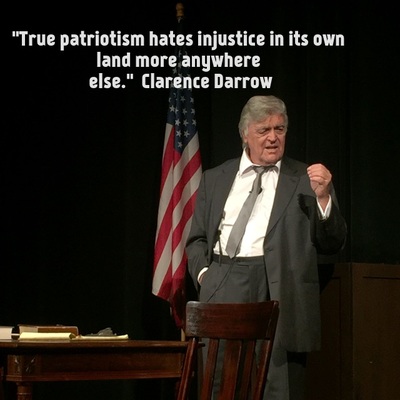 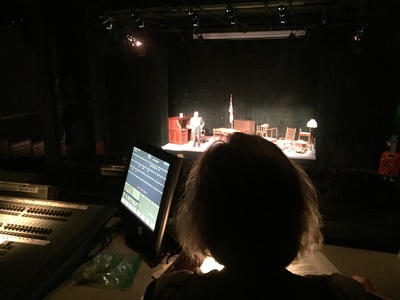 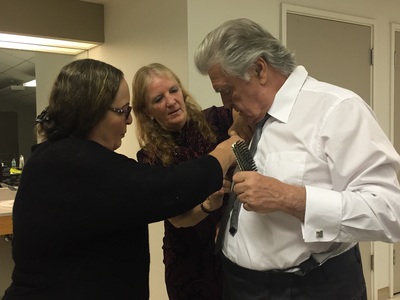 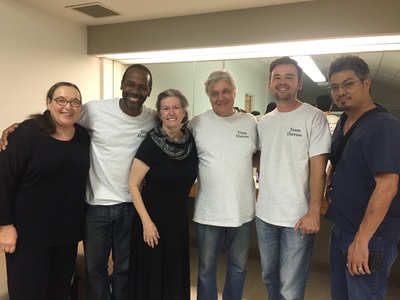 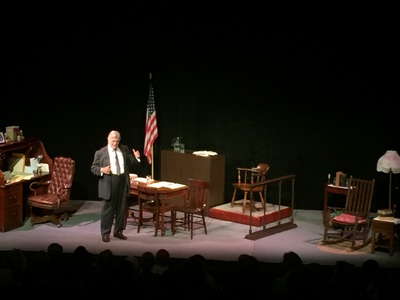 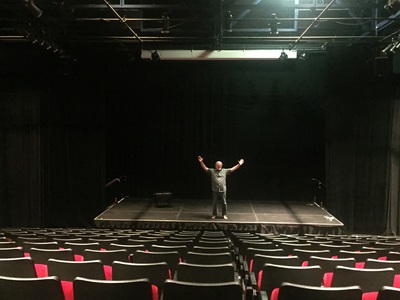 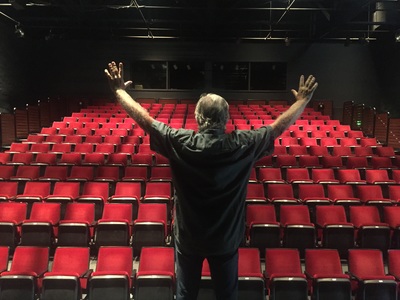 Getting a feel for the McCoy Theater 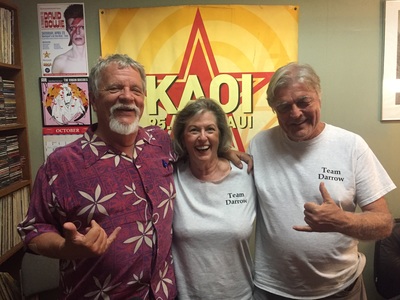 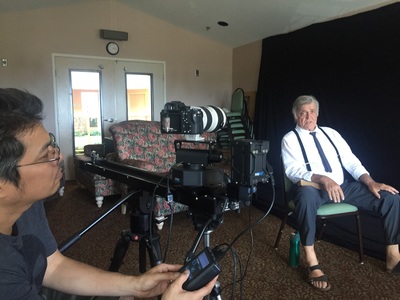 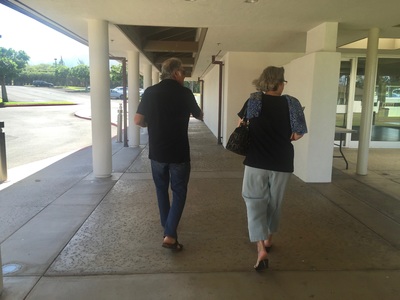 Robert and Carol walking to entrance of McCoy Theater 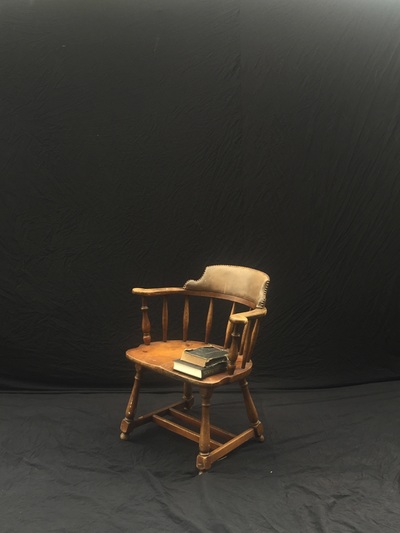 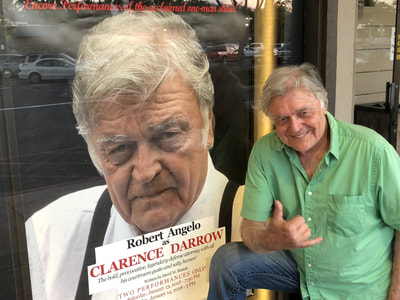 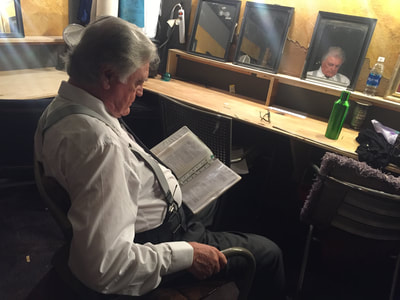 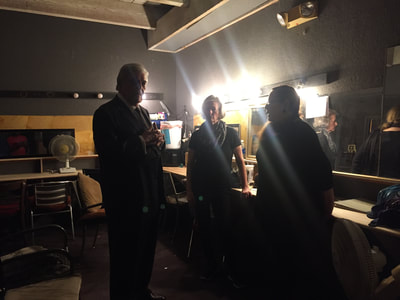 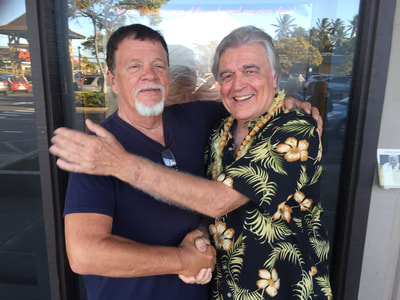 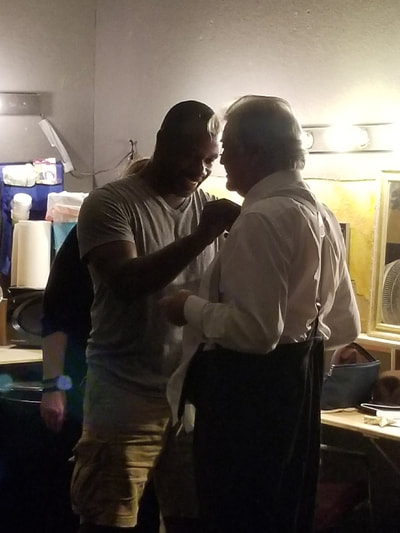